THE GIVEBACK GAME IS AN EVENT UNITING EVENT VENDORS AND NONPROFITS
WHO SERVE OUR COMMUNITY. 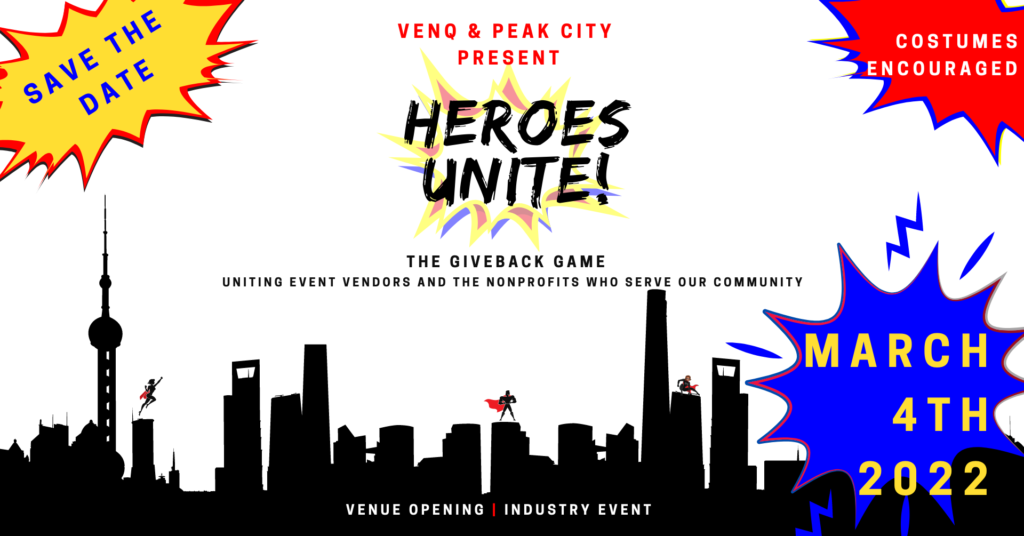 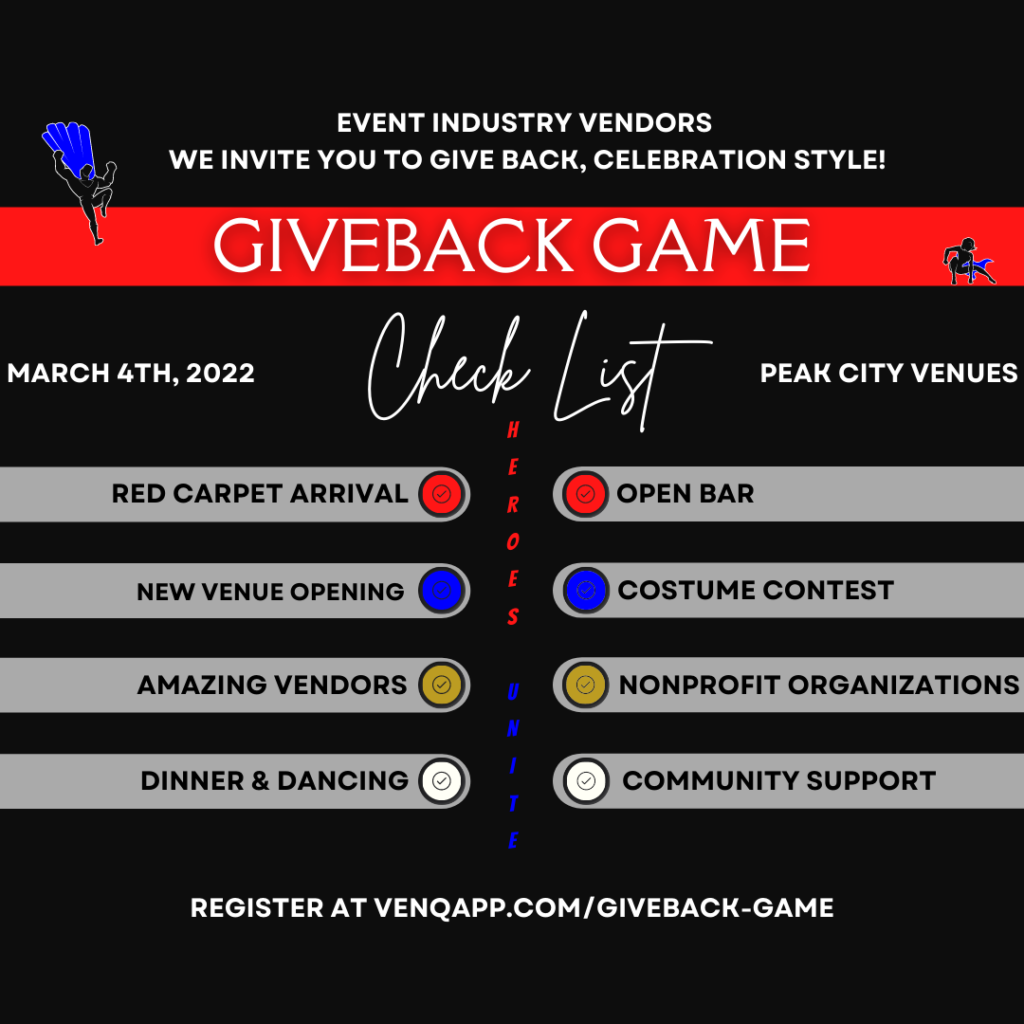 WHAT TO EXPECT
Fun with a cause! This year’s theme is Hero’s Unite. Costumes are encouraged, and prizes awarded.
Enjoy a night of cocktails, hors d’ oeuvres, a plated dinner, a dessert bar, and entertainment. During dinner, vendors will hear the heart and mission of the nonprofits serving our local community, and be given the opportunity to sponsor these organizations with their event-based service at the nonprofits’ future fundraising gala. The only requirement to attend is to be an event industry vendor with a heart to give back. This is a free event.


SPONSORING VENDORS
A huge thank you to the sponsoring vendors who make this evening happen.

A WORD FROM A PARTICIPATING NONPROFIT

“When we were first invited, we did not know what to expect. Once we arrived, we were blown away. The event itself was beautiful; you could tell that this was party being thrown by industry experts! Listening to the other non-profits gave us a chance to identify new community partners, some who we continue to work together to serve our community even now, two or three years later! Obviously, our biggest impact was being selected by several service industry pros to host a charity gala. We have never had the budget to hold an event like this and it did two very important things: 1) It raised 26K! 2) It helped us to interact with a new audience! In the world of suicide prevention, awareness is one of our biggest areas that we would like to see an increase. Most people are not thinking about suicide until they are personally impacted; that is too late. Suicide is preventable if we know what to look for and where to get help. Helping our community become aware that suicide can impact anyone, and so we all need to be thinking about it and fighting against it, is a huge objective of our organization. We are incredibly grateful for all of the gifts from the Give Back Game! ”  Cassandra Walton – Executive Director, Pikes Peak Suicide Prevention Partners

Have Questions? We'd Love To Hear From You!